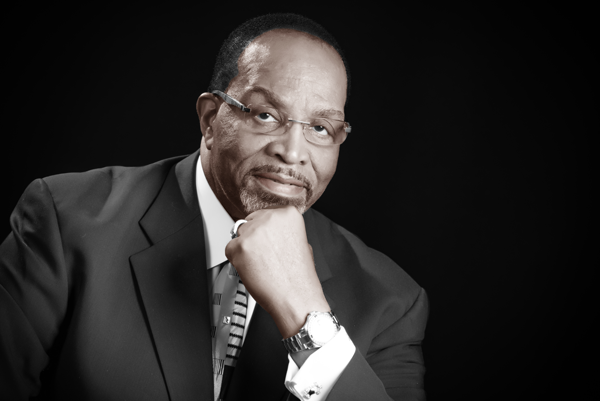 James F. Harris felt the call and mandate of God to preach God’s Word at the age of 12.  At 25 years old he began to pastor Highway Christian Church of Christ following the death of his pastor. After receiving a vision from the Lord, he formed Redeemed Assembly of Jesus Christ. As a result of his obedience, he was able to finance, organize and equip many churches both nationally and internationally. Many great preachers, teachers, and pastors have sat under his tutelage.

Dr. Harris is a man of integrity and excellence. He prides himself on being a student on all levels.   His strong work ethics are also exemplified through his thriving business ventures, which qualified him to be the recipient of the Who’s Who for Business and several prestigious leadership awards. His wisdom has been penned in the Library of Congress. He epitomizes the definition of service, wisdom, leadership and calls everything to a spirit of excellence.

Dr. Harris plays an intricate part in the community.  He is a part of several community organizations.  Currently, RA has two childcare development centers that have served the community for nearly 30 years.  To better meet the needs of the community RA has purchased10 acres of land in the poverty stricken Hillside area.  It is their desire to build a center of Refuge on the premises that will give hope and assistance to those in need. Dr. Harris is also the co-founder of R.E.A.C.H. Community Services, an organization that helps families and individuals with the necessary items and education to transition into independent living and be productive citizens.

In 1952 Dr. Harris became the proud husband of the beautiful and classy Sylvia H. Harris.  To their union were born four lovely daughters, Alicia Morris, E. Denise Wilson, Danielle Branch, and Tione Thorne who all work (along with their husbands) in the leadership of Redeemed Assembly.  They are also loving grandparents to five grandchildren and three great-grandchildren.

Greeting s in the Precious Name of our Lord and Savior Jesus Christ. We would like to welcome you into the Redeemed family. We count it an honor and privilege to have you as a member of our family. You have made the most important decision of your lifetime…to become a disciple of Jesus Christ and we celebrate it with you.